After two years of being quiet and raising his two newborn sons, Chris Hooson and his band Dakota Suite return with their new full-length album.

“I really didn't want to make another record. I really lost my way after the last tour which ended in Feb 2003 and I didn't even pick up an instrument for a year. I don't know why but the process of playing live for several weeks and re-living all those emotions really made me never want to play an instrument again. Then I started just playing the piano for fun, writing long drawn out instrumentals which will form most of the new instrumental record I will be doing with David Darling this year. Eventually I started writing songs on the guitar again but I still had no intention of making another vocal record. The fear of putting out my fears and the weight of what I carry around felt too much to bear. I was on holiday in San Francisco so I just spent some time with Bruce (Kaphan of American Music Club fame) and he played on some of the tracks I was doing and before I knew it there were a load of songs. The title, “Waiting For The Dawn To Crawl Through And Take Away Your Life" really sums up how I see the world and my place in it. I find it hard to deal with the extensively that makes up every joined up moment of my existence and the music comes from that place. The image also sums up how distressed and broken I am. They are also all hymns to Johanna and how disappointed I am that I can't treat her like she's as important as my next breath. The recording was done very quickly as usual, we did basic parts at the house here in Leeds and also at other houses in Nashville and at Bruce's studio in Oakland. Then we just got other people in to colour what we heard, Colin and Ed as usual on strings and brass and he lovely Anna Elias on harmony vocal. As per usual it doesn't really sound like I thought it could and I did consider scrapping it all on several occasions and starting again. I hope it strikes chord with people. I desperately feel that there is really a limit to what I can do, this is the best I can do and I fear it isn't good enough. Thank you for listening.” (Chris Hooson 11/01/07)

The limited edition comes with a free DVD, the hour-long “Wintersong” documentary about the band, filmed by the Swiss crew of Benny Jaberg and Pascal Hofmann. The film has received an award at the „visions du reel“-Festival in Lyon and is being shown at at festival in Amsterdam. Highly recommended for fans of Dakota Suite and those who are about to be converted. There is an additional 70 minutes of bonus material (outtakes, extended interviews, etc.) 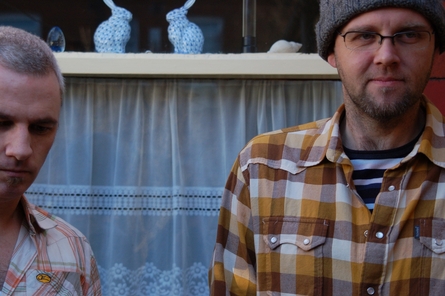