Let us bring you to the absurd universe, the best place for understanding the meaning of time flow during juggling, acrobatics and rope manipulation.

In the beginning there is a rope and a man. He decides to start first with his rope and by easy moving he tries to understand it. There is an interaction between them and so he brings another and another and another… The world which he understands, where he can express his emotions, his obsession. But this world is slowly starting to trap him in its webs.

Solo for one of the most innovative juggler in current Europe was long awaited. Alexis has been devoted to juggling since he was 7 years old, he graduated at the pro circus school L´ESAC, where he started with dancing and acrobatics. During his studies he left the classical juggling technique and he started to deal with ropes. This performance, Cordes, is built on this technique. 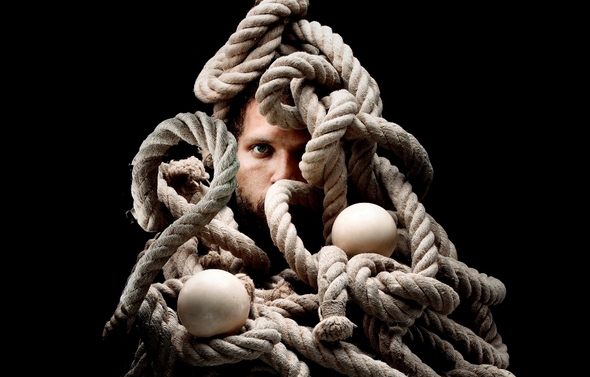