Five-star reviews, sold-out shows, performances all over the world – it’s all about Red Bastard!

This world-renowned clown is appearing for the first time in the Czech Republic so get ready! Lines will be crossed and laughs will be had in this interactive feast of biting wit, improvisation and physical prowess. Audiences should be prepared for anything to happen in this interactive show, in which Red Bastard engages the audience in raw conversation, provocations, traps, rewards and catch 22’s. His performance demands to know nothing less than the answer to that existential question “Who the hell do you think you are?”

Eric Davis shaped the role of Allen Smith in Cirque Du Soleil’s performance Iris. In 2010 he won the Golden Nose for Clown of the Year and was a finalist for the NY Comedy Festival’s Andy Kaufman Award. He is the founder and one of the leading figures of New York’s Festival of Clown Theater. His Cirque du Soleil shows include Quidam, Ovo and Iris, and his development workshop at Cirque du Soleil for Kooza, under the direction of Tony-winner David Shiner. Davis is also the award-winning director and co-author of The Bouffon Glass Menajoree and Kill Me Loudly: A Clown Noir. He has appeared in the role of Red Bastard since 2003 and for over 15 years has been practicing and teaching improvisation and the Lecoq method. 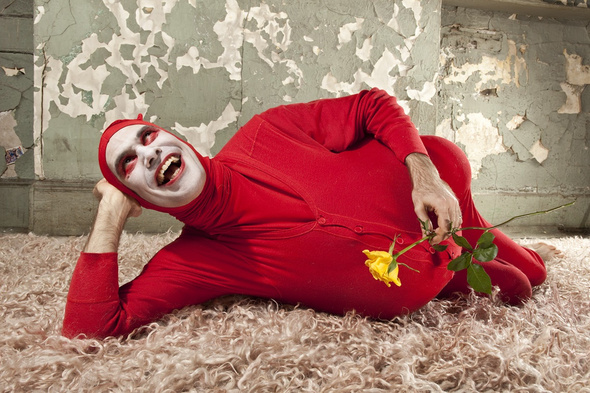