The Notwist’s Close to The Glass is yet another courageous leap into the sky of songs. It is a catchy and unpredictable marriage of playing your heart out on an instrument and the magnetic pulse of precise programming. While the band always creates music ripe with authenticity and mood, we find them now defining their edges with no shortage of bravery or beat. As romantic as it is robotic, Close To The Glass is a bottomless collage: part pop song, part science, part band, part story telling and all Notwist.

The sturdy glue between the layers of Close To The Glass is their newfound synergy as a band, no longer co-writing parts, brothers Markus and Micha Archer alongside Martin Gretchmann have finally found their human form and in some ways, at last, have ‘become’ The Notwist. With support from Max Punktezahl and Andi Haberl, they write, re-write, and record songs as one, tapping into the energy they possess on stage, and naturally arriving at the band all their exploratory recorded music had cut out for them. 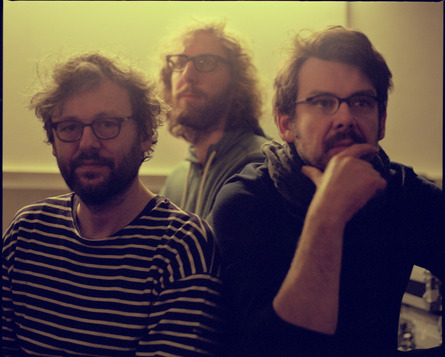