The Liveurope Festival, which will take place on the 15th of September on the outdoor stage of Zahrádky Žižkov [Žižkov Gardens] will bring young, top-class bands from Europe to Prague. The energetic quartet BRNS, blending indie rock and crazy groove, will arrive from Belgium, the Luxembourg band Say Yes Dog will serve up catchy synth-pop, the Polish-English singer Kari will captivate listeners with her northern-style songwriter's pop, and the Hungarian band Passed will present its unconventional mixture of classical harp and electronic music. After the programme on the outdoor stage ends, the Liveurope Festival will continue in the Malá Scéna [Small Stage] venue and the Divadelní Bar [Theatre Bar] of Palác Akropolis, where several other foreign producers and DJs will play. Entry to the Festival is free!

Palác Akropolis is the only Czech club to become part of the Liveurope international music platform. It focuses on new, talented European artists, and its main aim is to enable these musicians to also present their work in Europe – outside their home country. The co-ordinator of the platform is the Ancienne Belgique club (Belgium). In addition to Palác Akropolis, its other members include the following music clubs: Blå (Norway), FZW (Germany), Melkweg (Netherlands), A38 (Hungary), ROCKHAL (Luxembourg), Sala Apolo (Spain), Stodoła (Poland), VEGA (Denmark), Village Underground (Great Britain), Musicbox (Portugal) and L´Aéronef (France).

BRNS They write about them like the Belgian answer to ALT-J, Battles and Foals, but they themselves swear by Morphine and Nirvana. The Brussels band BRNS (pronounced: Brains) burst into the local scene at the start of the decade, and after their debut Wounded in 2012, nothing was the same again. The quartet blends post-punk groove with electronics and the dirty riffs of nineties alternative rock. “This is an exceptional Belgian band with a completely unique sound,” the portal For Folk's Sake wrote about them. Their two-year-old second album Platine sent them on a tour of all of Europe; thanks to Liveurope, they will play their premiere in Prague.

Say Yes Dog The infectious synth-pop of Luxembourg band Say Yes Dog resembles the aesthetics of crazy television cartoons, and fans of the genre will recall Hot Chip and Metronomy. The trio met in the Royal Conservatory of the Hague, but the group only came into existence two years ago, when they wanted to get into the sold-out German Fusion Festival, and they had the idea that they could try their luck as a band on the talent stage. When they succeeded, they quickly wrote songs which were subsequently released on the A Friend EP. Their debut album Plastic Love is exactly the type of music that will take the listener to Friday club fever, even if they're sitting in an office and it's raining outside. The portal Noisey declared that Say Yes Dog is “the best undiscovered European electro-pop band.”

KARI feat. Huw Edwards The seeds of Kari Aryeh and Huw Edward's creative partnership were sown in UK in 2015, at Leeds music event called Etna Presents. The night saw different collaborations with local music scene artists and Kari and Huw paired up to perform each other’s songs. Though each had primarily worked alone before, there was something natural about the chemistry between them. “The gig was one of the most enjoyable I’ve done ” says Kari. “And as soon as we finished, we thought it’d be cool to do something else.” In Prague they'll perform new very intimate versions of the Kari's songs from her two last albums „Daddy Says I'm Special“ and „Wounds And Bruises“ which is gonna be an exclusive set, created especially for this occasion.

Passed One of the hottest names on the contemporary Hungarian club scene belongs to a band whose core is formed by singer Dorottya and harpist Fanni Nizalowski. This young formation's trademark is a blend of contemporary electronic music and a classical harp sound. They're very well known in Hungary, partly due to their participation in the A Dal 2015 competition, which precedes Eurovision. Passed have tried playing before Bonobo and Parov Stelar in Hungary, and on the 15th of September they'll play in Prague for the first time. You can actually see them twice – as a live band on the outdoor stage, and also with a DJ set at the after-party.

About performers from print:

„Kari has voice, talent and charisma. Everything what a real star needs.” ELLE about Kari 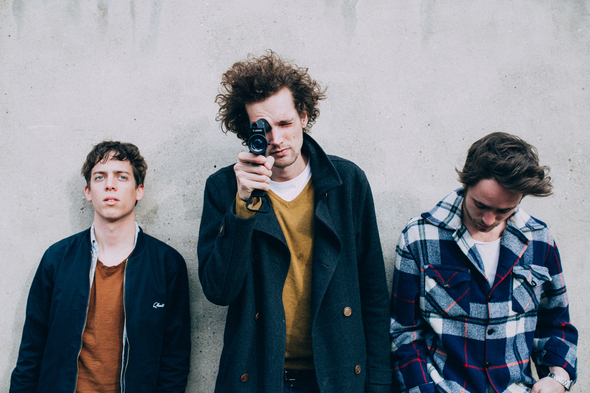