Live DJ show with a frenetic dance battle – Radim Vizváry and Irena Kristeková measure their dancing skills on a catwalk.

In an eccentric show inspired by and paying tribute to the queer community in Harlem in the 1980s you will witness pushing the limits of what is physically possible. Loosely based on the motifs from the documentary film by Jennie Livingston Paris is Burning.

We are alone. Surrounded by all that we should be. We yearn for freedom and long to belong somewhere. We want to be accepted the way we are, but what way is that? Who are we?

We voluntarily turn ourselves into a caricature of the person we would like to be. In doing so, our true nature becomes lost. We flail in the middle of an empty society and struggle. We struggle ever so hard to stand out and attract attention. How far are we willing to go? Are we willing to go beyond the boundaries of our own dignity?

Thanks to: Michaela Stará, Studio Citadela 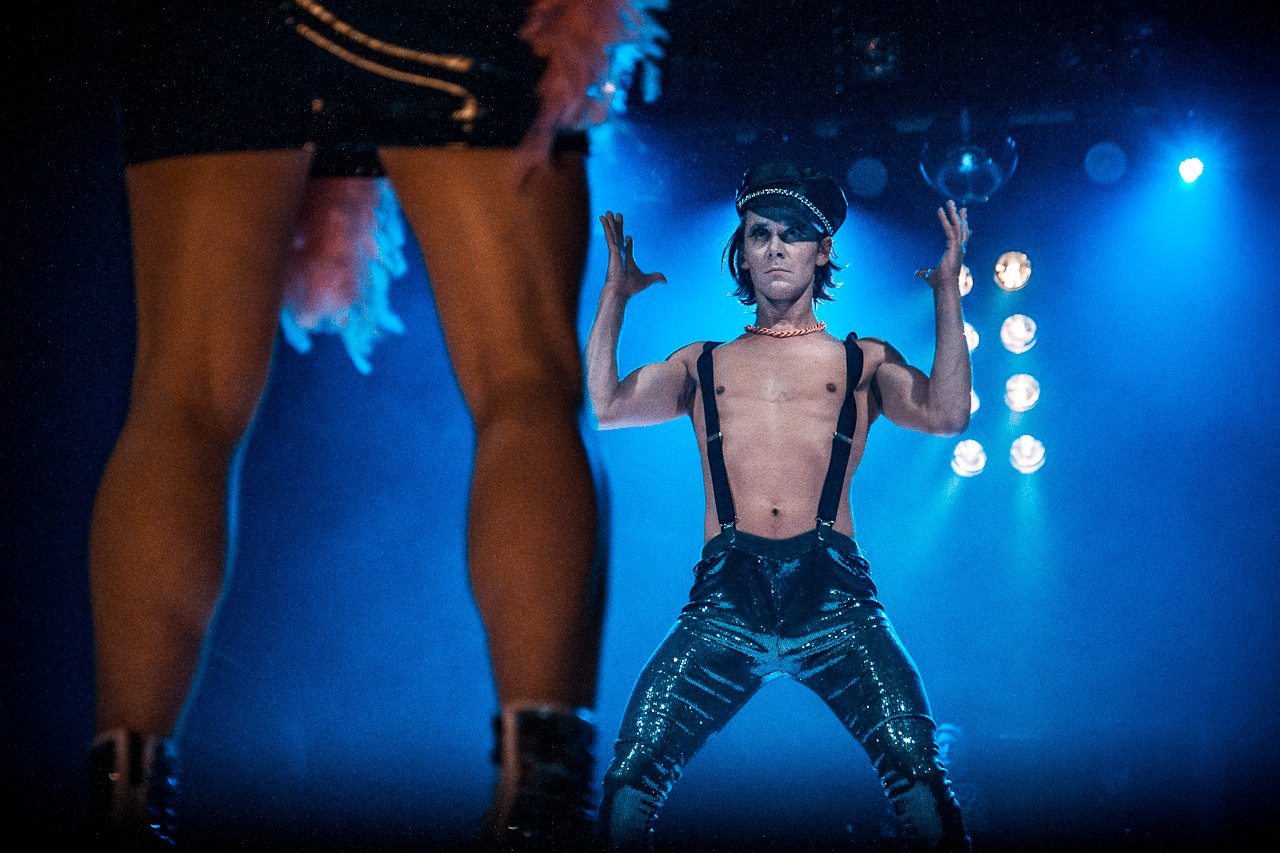