Soaring freely above genres, occasionally diving into one or the other, Malin Dahlström and Gustaf Karlöf make music together as Niki & The Dove. The foundation for the collaboration is a profound love and respect for music which gives both members a hunger for the exploration of new music. What is played on Malin and Gustaf´s radio reappears in a new form when Niki & The Dove pan out their golden pop pieces. The entire pop history can be moulded into one track, where a trained ear can hear each part of the puzzle.

Malin and Gustaf was first brought together in Gothenburg where they played together in different bands before forming Niki & The Dove in 2010 and releasing the debut single “DJ, Ease My Mind”. As a song that tells the story of what a simple pop track can do to a human it was a fitting introduction to the band’s outlook on the beauty of music. The songs were there before the band united, and what happened after the formation seemed like the logical progression.

The single was launched by legendary british Moshi Moshi Recordings. Through Swedish Record Company TEN the EP The Drummer was released under the british label Mercury 2011 and later that year the EP The Fox was released under the famous Seattle label Sub Pop. The single “Mother Protect” displayed what was to come. The following full length album, Instinct, came one year later and consisted of chosen parts from the EP:s and previously unreleased tunes that landed Niki & The Dove a nomination for the prestigious BBC Sound of 2012.

Four years after Instinct another Niki & The Dove album is due. Under the title Everybody’s Heart Is Broken Now thirteen pop songs are gathered, taking off from a song writing tradition where melody and the craft is focused upon. Among the tracks are the singles “Play It On My Radio”, “So Much It Hurts” & “You Want The Sun”, three songs that bring to mind yearning eyes meeting across a dark dance floor. As inspiration for the sound, Malin and Gustaf kept certain catchwords in mind during the creation of the record. Two of those were “Dance Romance” and “Bladerunner Disco”, fitting nicely onto the romantically futuristic album. Starting with one foot in days passed Niki & The Dove aspire to step into the future, holding the music they love near to them wherever they may go.

Niki and The Dove 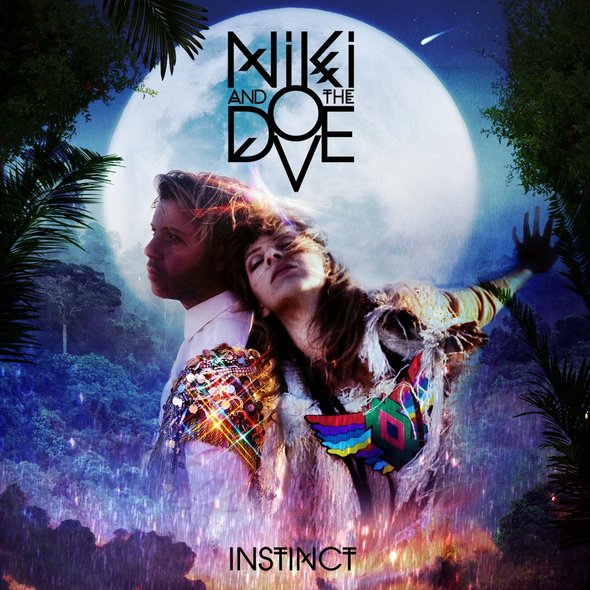