“With Figure we took the music out of the computer and into a more live and organic environment.” – Vök

‘Figure’ is a word whose meaning twists and transforms in different contexts: a figure in the darkness, to figure something out, a number, a body type, a sum, a shape. No wonder Icelandic four-piece Vök, whose atmospheric electronic pop is similarly capable of eclectic twists and changes, picked it as the title for their daring debut album. Full of distorted pulses, near-whispered melodies, echoing guitars and dreamy hooks, and influenced by everything from The Weeknd and Little Dragon to existential sci-fi cinema, their ambitious first full-length spans a whole spectrum of sounds and feelings. “Anger, obsession, negligence, death, love, happiness and hope,” lists vocalist Margrét, who began the band with saxophonist Andri Már in snowy, beautiful Reykjavík in early 2013. “The word figure can represent so many things. So does this album.”

For Vök, Figure has been three life-changing years in the making. After winning Icelandic rising talent contest Músíktilraunir within months of forming, the group – instrumentalist Ólafur Alexander and new addition Einar Stef on drums – marked themselves out as innovative makers of smart, smouldering jams on 2015 EP Circles. Hailed by Noisey as “channelling the Beach soundtrack via 1980s synth pop and the modern sexiness of The Knife,” that EP won them plenty of praise, but was “a very electronic and computer-based release,” the band reflect now. With Figure, the goal was to merge their cold, spectral electronic sound with something more human. “We took the music out of the computer and into a more live and organic environment.”

The result is a listen that’s as intimate as it is full of surprises: as well as packing experimental moments of autotune and percussive panic, there’s intensely personal tales of family and relationships under strain. ‘Polar’ – a defiant, smoky ballad with shades of Rihanna if the ‘Work’ pop star had James Blake layering grinding keyboard lines beneath her sultry vocals – was written two years ago when Margrét and her father were arguing: “We’re best friends but he did not fully always understand the music life. I was trying to convince him that it doesn’t matter if I’m poor for the rest of my life as long as I’m doing what makes me happy. I wrote that song one day when I was overloaded with frustration.”

Other tracks capture tender moments of romance: ‘Show Me’ features pleas for a partner to open up emotionally, over xx-style minimalism and ringing synth sounds. ‘Don’t Let Me Go’ – one of the group’s favourite tracks from the record – paints a lush but heartbreaking picture of a dalliance that can only last a night before “the magic fades.” ‘BTO’ meanwhile is an anthem for the downtrodden that asks one powerful question, set over floating harmonies and chimes of guitar: “do you think about us?”

Figure was mostly written in Margret’s cosy studio, over “endless cups of coffee” in front of spectacular views of the city they call home (“It can make a world of difference to have a beautiful view in front of you while you write”). The tracks were then taken to drummer Einar’s home studio, where they recorded with producer and Jack Garrett collaborator Brett Cox, who was recently nominated for Young Producer Of The Year at the Music Producers Guild Awards and whose stamp is keenly felt on the finely detailed Figure. “Einar’s home is in a beautiful utopian neighbourhood in Reykjavik that is full of century-old corrugated-iron houses,” say the band, who list that peaceful location as one of the album’s inspirations, alongside “unromantic walks on the beach”, Margrét's dog Ringo, trip-hop pioneers Massive Attack and 2015 movie Ex Machina – a thriller, tellingly for Vök, about the blurring line between computers and humanity.

“We want this record to take us beyond Europe,” say the group, who describe having to “get out of our comfort zone” on this album. “We dream of experiencing Japan. North and South America are also places we strive to visit.” The most important thing to Vök however is that “we managed to create an album full of songs that we all connect to and care about, which means a great deal to us.” Brave, warm and emotional, Figure just might end up meaning a great deal to you too. 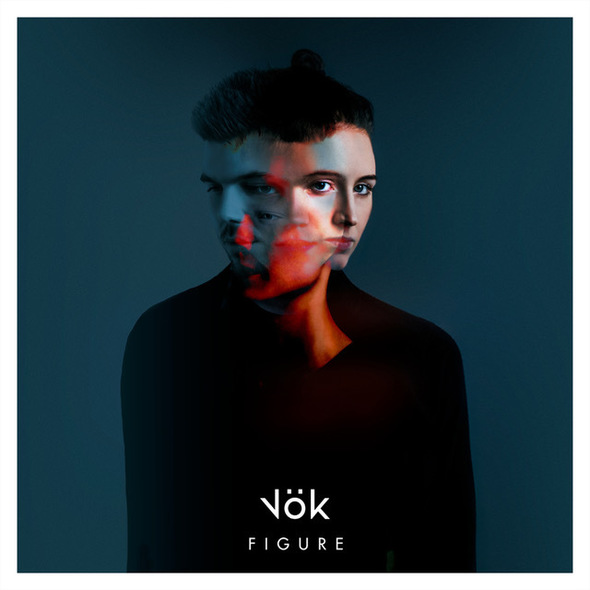