Human eyes are becoming anachronous. It was precisely eyes of that kind which joined the techniques of surveillance and domination. At present, the vast majority of 'operational images' remains invisible, though omnipresent and cutting right through physical reality. Images can kill, but what is new and terrifying about them today is the fact that their finger is on the trigger.

Operational images may not necessarily kill; it is bad enough that in terms of a long chain of historical images, they fulfil their psy-ops function. The eyes are too ineffective to see what is going on. They grow darker and darker. Technology can only see its reflection in the machines.

The QASM text is divided into three paragraphs: (-) = 1, : = 2, (:) = 3, each paragraph representing a particular view of the given topic. The first paragraph presents an official denomination, such as AAA = American Anthropological Association; the second paragraph represents the equivalent of the first, i.e.: [Now is winter of our discontent] …, the third is independent of the preceding two, creating a loose interpretation reaching outside the given topic, i.e.: [Operation from the inside]. 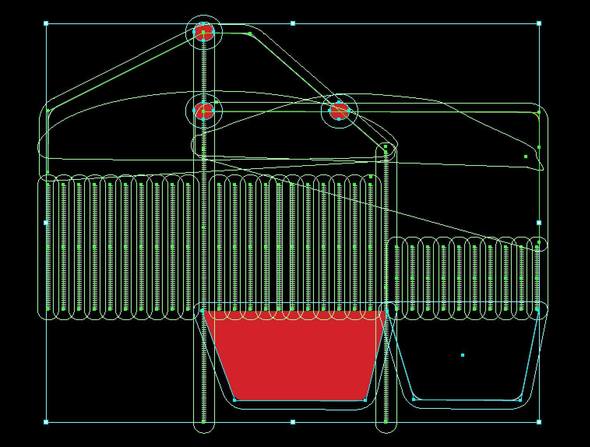