WE ARE THE CITY /CA

Singer-keyboardist Cayne McKenzie, drummer Andrew Huculiak and guitarist David Menzel started We Are The City way back when they were teenagers, and in the decade-plus since then, they’ve used the project as an outlet for their wildest creative whims. They’ve unveiled masked alter-egos (2011’s High School EP), created an album with an accompanying Norwegian-language feature film (2013’s Violent), and staged a live stream of their recording sessions (2015’s Above Club). Now, with the joys and occasional tragedies of adulthood having fully set in, they’ve taken on their latest challenge: absolute, unflinching sincerity.

RIP is their fifth full-length, acting as the prog-pop counterpoint to last year’s experimental AT NIGHT. The Vancouver-based trio created this latest LP by returning to the basement of Cayne’s family home in Kelowna, where they first formed the band.

“We went back to where it started, and that was pretty potent,” reflects Andy. “There a few times on the record where Cayne’s almost crying when he sings, and I just don’t know if you could get that in a studio in the same way. It was really capturing an honest and true feeling of where we’re at right now.”

Marching, brute force, slavish discipline, technocracy, and techno. Quintessential German clichés. Ironically though, whenever a German band is loved abroad, it is for these traits exactly. DAF, Kraftwerk, and Rammstein are prime examples. But can there be German pop music?

Imagine Portishead formed in Berlin today. Josef Beuys comes along, shreds the band with a coarse wire brush, and exhibits them in a dark, 100 foot high silo for the production of artificial icebergs. The resulting Gesamtkunstwerk may well be a close approximation of Hope. The first foreigners to fall in love with this burstingly emotional monster of a band were ALGIERS and IDLES, with whom the band toured extensively. („Hope have a soulful integrity that resides in a pounding resonance with chromatic washes that cut through a dark dark black; leaving you aghast.“ – Joe Talbot, IDLES). Subsequently, the press at Eurosonic Festival celebrated Hope as the new, avant-garde pop miracle („Ballet mixes with Post-Punk better than you think“ – buzz.ie, „a monumental experience“ – NBHAP.com)

Their self-titled debut album was recorded by Olaf Opal (The Notwist) in the remains of an abandoned lung sanatorium to capture inner destruction and coldness. It has what it takes to become a timeless classic. Songs like RAW, CELL, KINGDOM and DROP YOUR KNIVES radiate more dark and dystopic energy than all seasons of Black Mirror combined.

They are songs that originated in the demystified, gentrified, and art-free space known as „Berlin“. The only answer to society in its present state can be the most radical, most immediate, and most liberated art.

We Are The City 2 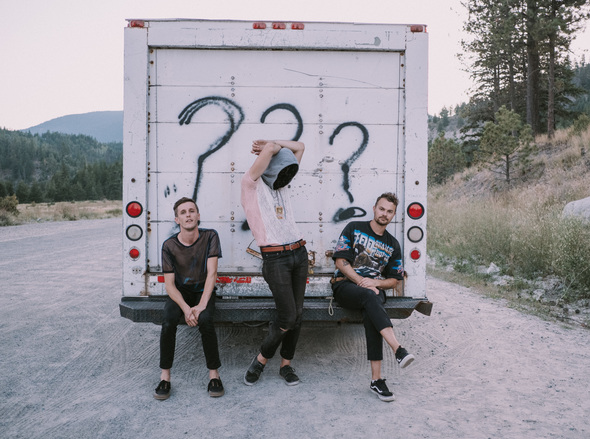