Amazing multi talented instrumentalist Mezerg is a pioneer of modern music technology and one of the most creative musicians you’re likely to come across. Hands and feet linked to his instrument, he makes electronic music from unexpected elements, with rhythms that ranged from funk to acid techno, improvising with keyboards, effects pedals and the theremin which has become emblematic of his project. Mezerg merges the electronic with the acoustic to create an impressive and unique live performance that you can’t take your eyes off. Somewhere between house music and an acoustic performance, this nightlife one-man band pays homage to both the jazz bars and the nightclubs of this world with a whirlwind of energy and irresistible sounds.

Isama Zing is a producer, dj and member of Mäss micro collective and SHAPE platform affiliate. His compositions oscillate between carefully crafted post-industrial soundscapes and spontaneous bursts of euphoric energy, represented by his playful melodic structures. The collection of everyday motifs with frequent industrial mapping of territories has become a reverberation of civilizational machinery, processually crumbling apart and melting together again in Isama Zing’s music. His newest album Blurry AF has gained traction throughout the scene, being labelled as one of the most progressive production in contemporary slovak electronic music. Recently, it also received a RadioHead Award as album of the year by slovak journalists.

This show is supported by Liveurope. 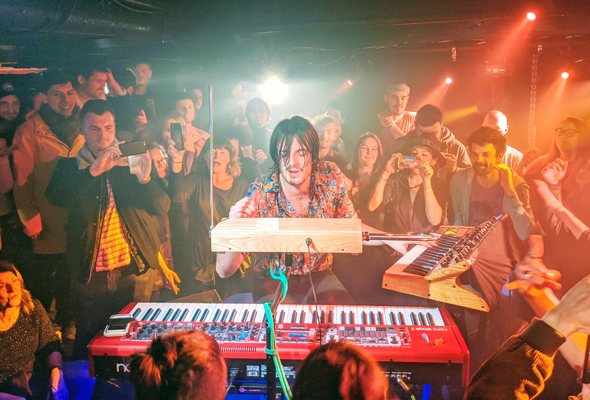